Quote: “In collaboration with process technicians from the Netherlands (Groningen), the researchers extracted jatropha oil and used it in stationary engines. [….] In turn, process technology researchers used these extrapolations to create a narrative that made jatropha appear to be an attractive and environmentally friendly bioenergy crop for agro-ecological zones where the production of oil palm would not be possible or profitable.”

The importance of a transnational network of actors in promoting new ideas in the national and international arenas has been widely discussed. The dynamics of national and international networks is complex, with actors in the developing countries also playing an active role in determining the future direction of the new idea or technology being promoted. Using data drawing from interviews and written documents such as reports, newspaper articles and slide presentations, I explored the histories of the early promotion of jatropha-related activities and the actors who have been involved in them. Through this research I discovered the important role of technology researchers in Indonesia, and their counterparts in the Netherlands, in the recent national promotion of jatropha in Indonesia. This collaboration between scholars in Indonesia and the Netherlands helped in enhancing the promotion of jatropha (1).

Since the end of the 1990s, a group of researchers in the Bandung Institute for Technology (ITB, Institut Teknologi Bandung) had been interested in exploring the potential of biomass for alternative energy. In the beginning they were all based at the Center for Research on Sustainable Energy (Pusat Penelitian Material dan Energy), under the leadership of Dr. Tatang H. Soerawidjaja (2). Jatropha was one of the crops that they investigated for its potential use for feedstock. It was Dr. Soerawidjaja who first introduced the idea in 2001 at a national government ad hoc committee meeting on renewable energy (3). A year later, in 2002, they began to conduct a technical study on the potential uses of jatropha oil for diesel engines (4). From early on, Dr. Soerawidjaja’s interest was in promoting biodiesel development based on multiple feedstocks rather than focusing on jatropha alone. His future work was to promote the consistent implementation of national policy on biodiesel. He was one of the key initiators in the formation of the Indonesia Biodiesel Forum (Forum Biodiesel Indonesia) in 2002, in which he served as the head of the forum. The purpose of this forum, whose members consisted of government officials, scholars and private entrepreneurs, was to develop the road map for the commercialization of biodiesel in Indonesia and to intensify the campaign to gain the support of policymakers in the implementation of biodiesel policy in Indonesia (5).

Dr. Robert Manurung, who received his PhD in chemical engineering from the University of Groningen, the Netherlands, in 1994, was also one of Dr. Soerawidjaja’s colleagues at the Center. While some of the ITB engineers at the Center preferred the conversion of jatropha plant oil into biodiesel for blending purposes, Dr. Manurung’s interest lay in exploring easier ways to extract jatropha oil from the seed and use it directly as an alternative fuel without the complex treatment required for producing fuel. He was actively advertising the idea of using jatropha oil directly for diesel to a number of civil society groups, officials and entrepreneurs. In 2005 he moved to the other center at ITB and became the head of the Center for Biotechnology in order to make further progress on the idea of promoting the use of pure plant oil (PPO) and the byproduct extracted from the seed of Jatropha curcas (6, 7).

It was Dr. Manurung who in 2004 introduced the information about the use of Jatropha curcas for renewable energy to Professor Erik Heeres when they submitted a collaborative research proposal seeking funding from the Dutch government. Dr. Manurung understood that this global developments would provide business opportunities, because legal blending mandates in Europe and elsewhere would create a strong market for biofuel. Academic collaboration with colleagues at the University of Groningen under the leadership of Professor Erik Heeres, Dr. Manurung’s classmate during their graduate student years, promoted the process of getting the maximum value out of Jatropha curcas as a source of renewable energy and bio-based products, contributing to further developing the bio‐refinery concept (8). In the bio-refinery concept “…biomass is used as the input and converted in an integrated and energy and material efficient manner to bio-based chemicals, biofuels, and bio-energy” (9, p. 1). The Dutch government research grant enabled them to conduct research on jatropha between 2006 and 2011, involving eight Indonesian researchers (8, p. 188).

Dr. Manurung and his colleague, Professor Heeres, were also inspired by the international promotion of jatropha. Their interests were shaped by information emerging from two international events.

First was the information that emerged from the first large-scale jatropha plantation in Nicaragua, established in 1990 and sponsored by the Austrian government. In 1997 this project organized the first jatropha conference and the subsequent proceedings (10, 11). This information was used by researchers at ITB and the University of Groningen as the basis for designing their research funding proposal. The second source of information was the jatropha project initiatives established in India. In 2003 the Indian government passed a policy to establish 11 million hectares of jatropha cultivation in the state forest and other public lands across the country (12). But the international publicity of the jatropha project in India lasted some time, and was particularly prominent in 2004, when the western media became excited about an initiative of DaimlerChrysler India, an Indian branch of the German car company. This company announced their success in testing a Mercedes Benz C-Class using 100% jatropha oil (13, 14). At about the same time, D1 Oils, an investment firm registered in London, also made an ambitious plan to establish jatropha plantations and refining facilities in various countries, i.e. South Africa, India, Ghana, Tanzania, Burkina Faso, the Philippines, Thailand, Saudi Arabia, and Madagascar (15). A company spokesperson told reporters that in India alone D1 Oils was planning to develop five million hectares of jatropha plantation between 2004 and 2009 (14). Around the same time, European governments began discussing mandatory biofuel blending in the context of reducing carbon emissions from fossil fuel to address the climate change problem. Between 2004 and 2007, widespread concerns about the rapid increase of world fossil fuel priced provided important momentum for promoting jatropha as an alternative source of fuel.

In the first years of the collaboration between the Indonesian and Dutch research institutes, Dr. Manurung played an important role in organizing the event that significantly influenced public opinion about jatropha, and that contributed to the hype in Indonesia. This event was the Jatropha Expedition, which was held from July 12 to 20 of 2006. In this expedition, three cars fueled with jatropha oil drove from Atambua in East Nusa Tenggara (Nusa Tenggara Timur) to the Indonesian capital of Jakarta, over a total distance of 3,200 kilometers. As a main sponsor of the expedition, the journal National Geographic Indonesia gave impressive media coverage,* while PT BioChem Prima International, a company interested in investing in jatropha seed production, supported the expedition financially and ITB provided technical expertise. The expedition was a great means of extensive public dissemination of the idea of this alternative fuel, while the participation of Professor Erik Heeres in the test drive emphasized the international character of this technological innovation. In each of the major cities they passed through during the expedition, local government officials and local organizations had organized a variety of jatropha promotional activities, such as planting jatropha trees. When the expedition arrived at its final destination, the presidential palace in Jakarta, President Susilo Bambang Yudhoyono delivered a supportive speech to the crowd of journalists, officials, scientists and other audience members (16).

The jatropha expedition had triggered widespread public enthusiasm about jatropha. Also, it proved to be instrumental in convincing the Indonesian government to issue legislation in support of biofuel production and to allocate funds for supporting jatropha cultivation and processing, and for conducting scientific research on this crop. Some companies and international aid organizations also joined the government in funding jatropha projects.

In 2010 Professor Heeres reflected on the years of collaboration with researchers from Indonesia in a video made during the International Jatropha Curcas Conference in Groningen (17).

In conclusion, this brief article underscores the important role of these technology processes and actors in influencing the promotion of jatropha in Indonesia and elsewhere. Organizing a car test drive was one of the main instruments used to convince the public about the potential future of jatropha for alternative energy. Other lessons we can draw from this case study are the ways in which jatropha was promoted in Indonesia, as well as the ways in which Indonesian actors and projects helped international actors to promote jatropha to the public in the Netherlands.

*The advertising which appeared at the National Geographic Indonesia. 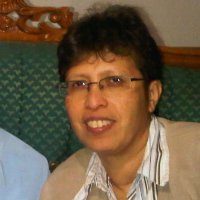 Suraya Afiff is currently a director of KARSA Institute, an independent, non-profit organization that aims to enhance collaboration between scholars and activists through research and training on agrarian and village reform.

KARSA’s primary activity is to facilitate learning circles amongst community leaders, NGO activists, progressive individuals within the government, and academics. These circles promote shared learning, as well as enhance knowledge and capacity of participants to advocate and carry out action to implement reform initiatives. Her involvement with the movement began in 1988, when she was a biodiversity program manager for WALHI (Indonesian Forum for the Environment/Friends of the Earth Indonesia), which is an umbrella organization comprising of more than 300 groups throughout Indonesia. In 2004, upon returned to Indonesia after completing her PhD in environmental politics from the University of California at Berkeley, she joint KARSA while still continuing to assist WALHI, Kehati, Kemala Foundation, and other groups.

Since 2005 she also teaches courses on political ecology at the Anthropology Graduate Program of University of Indonesia. Her own research focuses on land conflicts and community struggles to gain rights to use and manage land and forest in North Sumatra.